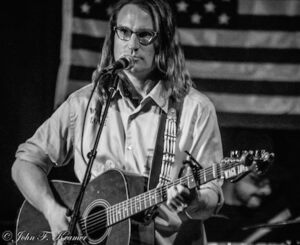 Outdoors weather-permitting (it has to rain pretty hard to be moved in- there's a very large, covered outdoor space.) Not only their own great beer, but the food is really good!