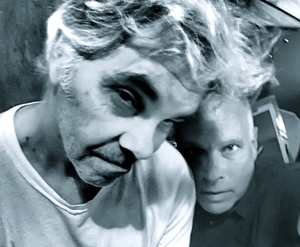 After a few gigs and lots of sheddin' out at the Octagon, Jeff and Steve got intense about recording Alectro over the past year. The music flowed and "School Of Desire" is the result - a set of songs and music the duo wrote, composed, arranged, performs and sings. There are a couple of covers in there and a few friends were invited to sit in. Got your curiosity up? Please, give Alectro a listen.