Scott Wolfson and Other Heroes, The Kennedys 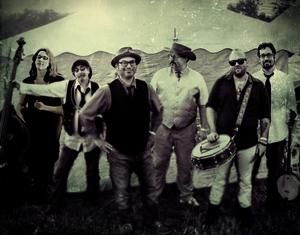 Falcon Ridge Most Wanted Artists Scott Wolfson and Other Heroes will make their first appearance at the Townecrier Café, sharing the bill with folk darlings Pete and Maura Kennedy for an evening of folk/rock, pop and dynamic original songwriting.

In a career that now spans two decades, NY duo Pete and Maura Kennedy have traversed a broad musical landscape, surveying power pop, acoustic songwriting, organic rock rooted in their early days in Austin, and a Byrds-inspired jangle that drew the attention of Roger McGuinn, Steve Earle, and most notably Nanci Griffith. As writers and producers, the Kennedys continue to mature, from their early style-conscious pop to today’s burnished sheen.

They celebrated their 20th Anniversary in 2015 with their new CD, West, a collection of all-new material. Additionally, Maura released her solo effort, Villanelle:The Songs of Maura Kennedy and B.D. Love, and Pete released his solo CD, Heart of Gotham.
www.kennedysmusic.com
“Prime practitioners of the finest Americana... this splendid duo’s West provides an ideal introduction to their enchanting and evocative sound.” -Kevin Bryan, Surrey Mirror-

Scott Wolfson and Other Heroes are fast making a name for themselves as New Jersey’s indie folk powerhouse. From beginnings in 2011, they have launched into success both on the air and on the ground: their debut album, Life On Fire, reached #8 on the Roots Music chart and on Folk DJ’s most played 2014 albums, and the band has appeared onstage at the Philadelphia Folk Festival, and as an Emerging Artist at the 2015 Falcon Ridge Folk Festival, and voted one of the Most Wanted Artists to return to the festival this year.

With their 2016 release, Welcoming The Flood, they stand ready to broaden that success, expanding both the lyrical imagery of Scott’s songwriting and the catchy, complex sound of the band. Reviewers have dubbed them “musical scamps,” “the future of folk rock,” and “an Indie Folk music that could work on street corners or big stages.”
www.scottwolfson.com

"Scott Wolfson & Other Heroes is a talent-laden band. They're equally comfortable going electric or acoustic, and Welcoming the Flood is full of well-crafted songs that reveal new insights with repeated listening." - John Platt, WFUV -