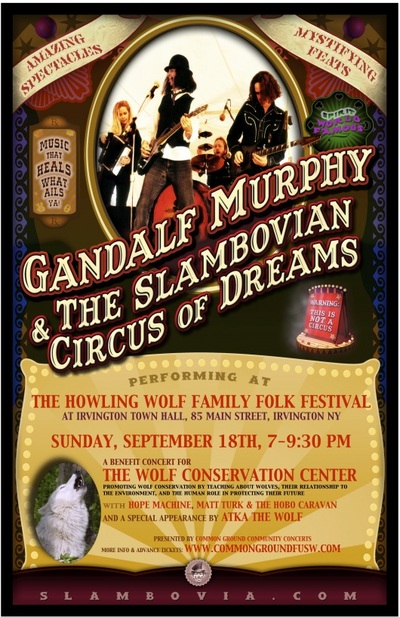 Sunday, September 18th
7 to 10 pm
A Benefit for The Wolf Conservation Center

Gandalf Murphy & The Slambovian Circus of Dreams have been called  “the hillbilly Pink Floyd,” which is an apt description, particularly if you throw in elements of Incredible String Band, Neil Young, The Band, Dylan, and maybe even some Frank Zappa as well. Upon returning recently from the U.K. this fall where they spread their contagious brand of quirky Americana from Glasgow to Penzance, the band completed work on their fourth studio album, “The Grand Slambovians”. The advent of “The Grand Slambovians” is both the band’s latest reincarnation and the title of their new soul stirring CD.