A Gesture and a Word - Wednesday, August 9th at Jacob Burns 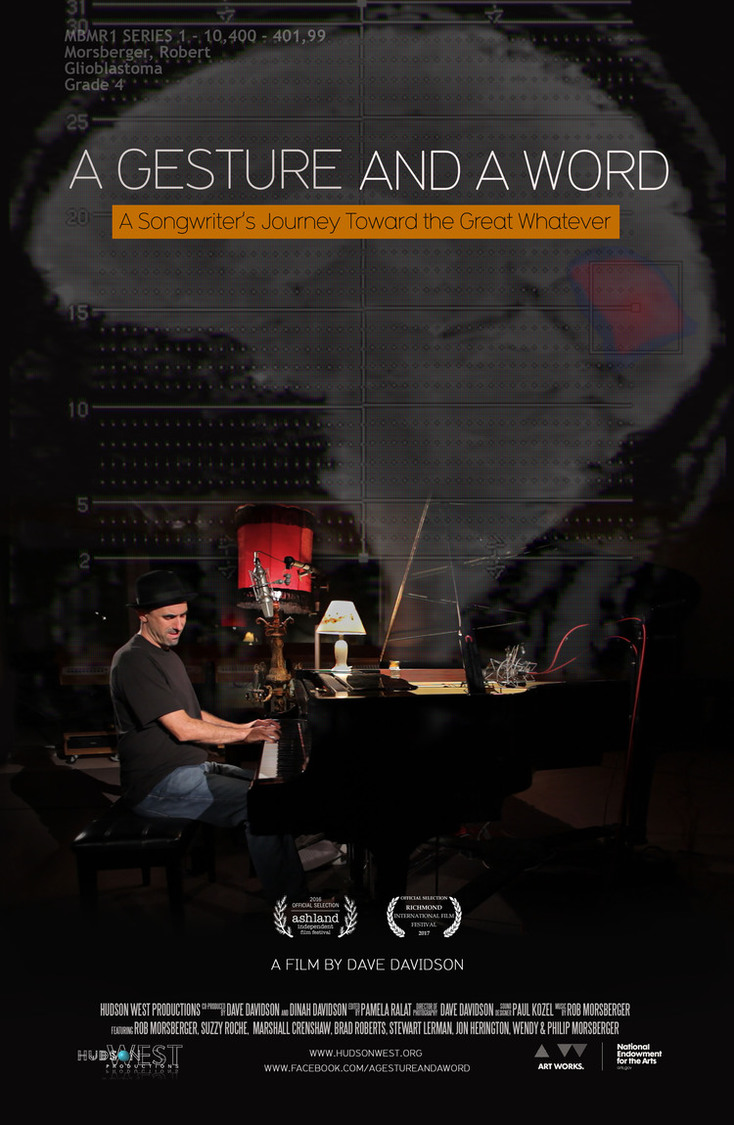 A Gesture and a Word

When singer/songwriter Rob Morsberger was diagnosed with terminal brain cancer in 2011, he and filmmaker Dave Davidson were already working on a film together. The two agreed that they would just continue their project, and Morsberger embarked on the most prolific 18 months of his career, recording three albums of his own work; collaborating on a song cycle with Crash Test Dummies lead singer Brad Roberts; and arranging, orchestrating, and performing with Willie Nile, Patti Smith, Loudon Wainwright III, Marshall Crenshaw, Suzzy Roche, and others. The result is A Gesture and a Word, a celebration of the creative spirit and one individual’s dedication to make every moment as joyful and productive as possible. It’s crammed with studio and concert footage, reminiscences by many of his collaborators, and Morsberger’s own observations as he prepares for what he calls “the great whatever.”

Dave Davidson is an independent documentary filmmaker and media educator whose work focuses on the arts, culture and social issues. His work has been featured at the JBFC, including A Place Out of Time: The Bordentown School, Hans Richter: Everything Turns – Everything Revolves and most recently Vince Giordano: There’s a Future in the Past.