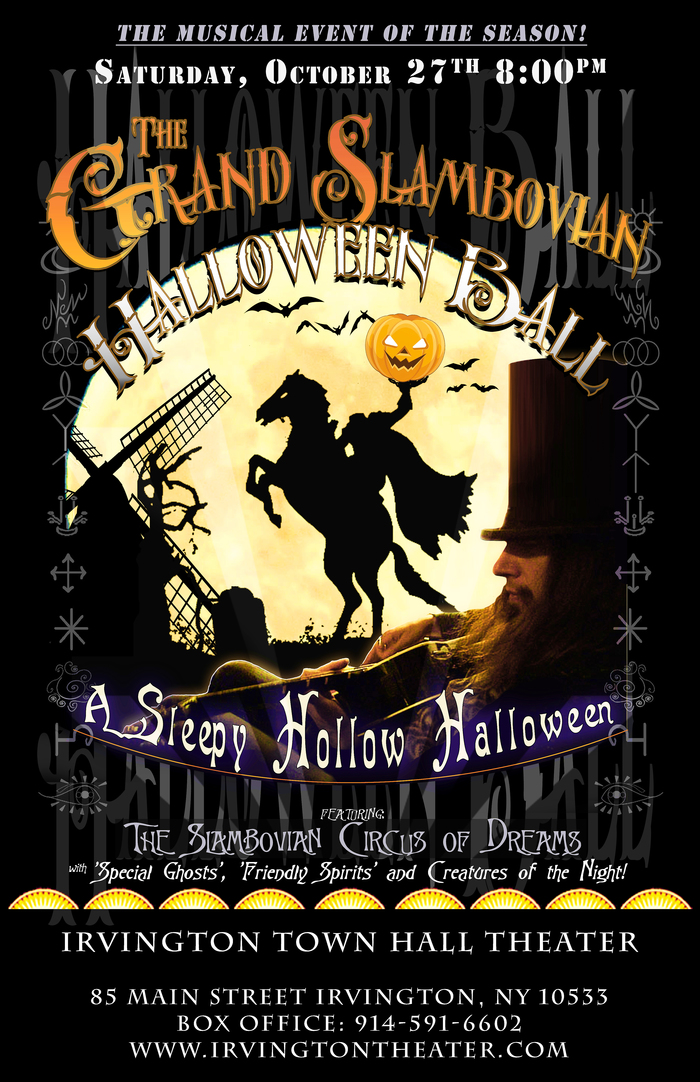 One could say that Gandalf Murphy and the Slambovian Circus of Dreams were born here at the Hammond House on Halloween in 1998. I had heard them play a few songs at an open mic near Bedford, New York. Determined to hear a complete set from their impressive growing repertoire, I booked them for their first paid gig and collaborated with them to host a wild Halloween bash here at the historic Sleepy Hollow residence that once sheltered George Washington, as well as the real life Katrina Van Tassel. This first event was followed by multiple performances by the Circus, which later evolved into the Tribes Hill music collective. Join us in Irvington for this historic anniversary event.

Called everything from ‘Punk-Hillbilly-Floyd’ to ‘Surreal Americana’, the Hudson Valley's own Slambovian Circus of Dreams is bringing its legendary annual Halloween musical costume ball to Irvington! Formed in Sleepy Hollow, NY about two decades ago, The Slambovian Circus of Dreams “is a riveting, mesmerizing, crazy, amazing machine of music.” (Chronogram Magazine). And this year’s Grand Slambovian Halloween Ball theme is “Legends of Sleepy Hollow”, so break out your finest Headless Horsemen, Rip van Winkles or other ‘skeletons in the style closet’ in honor of Washington Irving (or any of your other favorite literary icons, real or imagined).