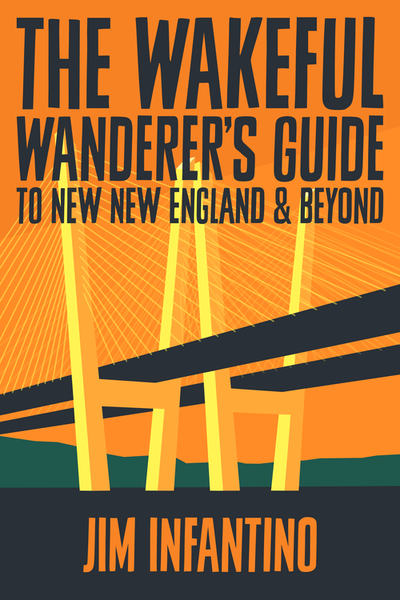 About the Book:
In the parlor of the Lester Sunshine Inn, up the Hudson from the flooded remains of lower Manhattan, a man named Marto plans a unicycle ride through scenic New New England. Marto is a post-apocalyptic travel writer with a head full of implants. He live-posts his experiences to his fans, adding his own cheerleading style of historical and cultural context to the mix. His interconnected followers rarely go anywhere, preferring to view the world remotely, making Marto a curiosity.

Before he leaves the comfort of his home in Reverside, he meets a mysterious traveler named Helen who carries a secret message from his mother. Marto thought his mother and father were dead, and is abruptly flooded with memories of unfamiliar parents, throwing him into confusion. He pedals away, but his past and Helen catch up to him and he must choose to live a lie or go into exile.

Meanwhile, a storm is brewing back at home. A spy from a traditionalist enclave bent on reviving the good old days of pre-technological capitalist glory has infiltrated Reverside. She has the means to launch an attack that will break the bonds holding the interconnected humans together. If she is successful, Marto’s way of life will end. Little does she know how powerful her enemy has become.

Excerpt from the Foreword by Scott K. Andrews, author of the TimeBomb Trilogy:
Jim’s debut novel is as funny, thoughtful, surprising and well crafted as the songs I’ve been enjoying for 18 years. Its focus on community life and social interaction reminded me of the great Kim Stanley Robinson, especially the Three Californias trilogy. The examination of social structures and the tension between dystopian and utopian models brought to mind Iain M Banks’ politically charged Culture novels. Particularly impressive is his exploration of the interface between humanity and technology - it is timely, but nonetheless original enough to stand out in a field currently obsessed with the issue, and that’s no mean feat.

But although Jim’s book reminds me of some true greats, his unique voice shines through in the telling, making it far more than a collection of assembled themes and textures from other works. This delightful book is the creation of a huge talent and an important new voice in sci-fi. And there are sentences in here that made me grimace with envy, wishing I had written them.

I’m jealous that you have this terrific book ahead of you.