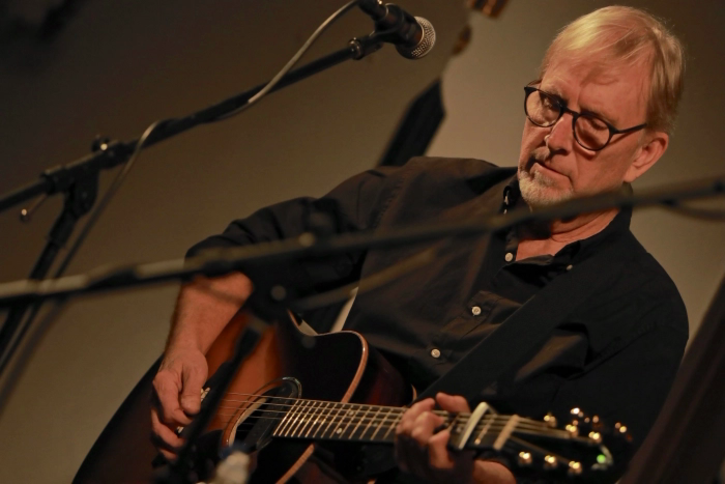 Richard H. Gedney Jr., 74, of Philipstown, passed away Jan. 14 after a long battle with pneumonia.

Rick was born Dec. 19, 1948, in Port Chester, New York, the son of Richard H. and Sarah (Abrams) Gedney. He grew up in Rye and graduated from Rye High School, where he played football and baseball and was a member of a band, The Lonely Souls. He went on to graduate from Franklin College in Indiana with a degree in art. There he met his first wife, Barbara Myers (deceased). They raised their two daughters in White Plains. Rick went into the banking industry and throughout, he maintained his love and desire to paint and play music, teach guitar and play at family holiday gatherings. He was president of the White Plains Historical Society for a number of years.

Rick took an opportunity for early retirement to focus on art and music. He met his second wife, Michele, through his pursuit of music and they began collaborating on original material as a duo called Open Book, recording four albums over more than two decades as touring musicians.

In 2009, Rick and Michele moved to Philipstown, an area that he was drawn to by the beauty of the landscape that he had begun painting. In his home studio, he painted daily, producing a body of work that is reflective of his spiritual connection with nature. His work has appeared in galleries across the Hudson Valley, with a successful solo exhibition in his hometown of Cold Spring in 2022. Rick was a board member of The Chapel Restoration in Cold Spring. He and Michele are co-founders and teachers at an annual songwriting retreat, led by Dar Williams, called “Writing a Song That Matters.” Rick also taught guitar to many kids in his community.

Rick is survived by his wife, Michele; their daughters, Kristin (Mark), Sarah (Tim) and Lindsay; his grandsons, Andrew, James, Charlie and Theo; his siblings Devon, Rex (Laura Lee) and Allyson (Lloyd); his mother-in-law, Regina; his sisters-in-law, Alison (Ric) and Liza (Jordan); and many cousins, nieces and nephews. He will be dearly missed by his family, his wide circle of friends in the art and music worlds and everyone who has been touched by his brilliant talent, kindness, generosity and humor.

Memorial donations may be made to The Chapel Restoration, 45 Market St., Cold Spring, NY 10516 (chapelrestoration.org), where a service will be held from 2 to 5 p.m. on Jan. 28.

Arrangements were entrusted to the care of the Libby Funeral Home, 55 Teller Ave., Beacon. To offer a message of condolence or share fond memories, please visit LibbyFuneralHome.com. 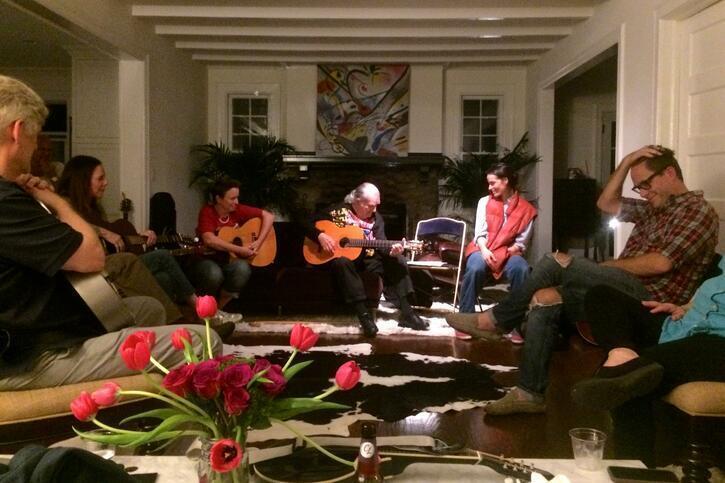 Although the traditional first Monday gatherings had been suspended, due in part to Covid, the opportunity to host an impromptu gathering of the host's design, any day of the week, is encouraged now.

In the past, Tribes Hill held monthly gatherings that included a song circle on the first Monday of every month. Sometimes we would change the date to accommodate holidays. They began at 6:30 with dinner prep and music. We served our traditional pasta and salad dinner with potluck additions at 7 pm. After dinner, music would continue until about 10:30 with a collaborative song share with our friends.