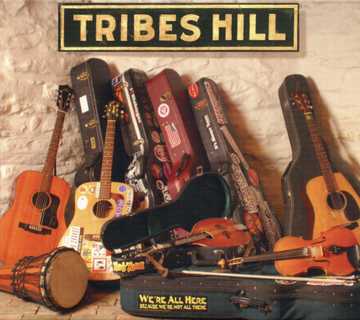 Tribes Hill - "We're All Here" - our fourth compilation CD is a collection of studio recordings by participating members of the Hudson River Valley's community based music cooperative, Tribes Hill.

Here's a great review published in Chronogram that sums it up enthusiastically: