Ralph Stanley and the Clinch Mountain Boys with Matt Turk 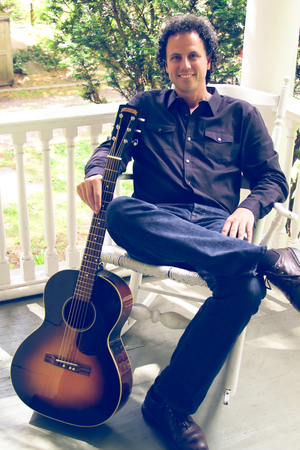 Ralph Stanley’s voice is not of this century. Nor of the last one, for that matter. Its stark emotional urgency is rooted in a darker time, when pain was the common coin of life and the world offered sinful humanity no hope of refuge. Preserved in the cultural amber of remote Appalachia, this terse, forlorn sound is the bedrock of Stanley’s inimitable style. But don’t mistake an ancient voice for ancient ways. Stanley tours and performs with the vigor and elan of a rock star.

Now 87 years old (as of February 25, 2014), Stanley has been performing professionally since he and his older brother, Carter, formed a band in their native southwestern Virginia in 1946. Between that date and 1966, when Carter died, the Stanley Brothers and the Clinch Mountain Boys became one of the most celebrated bluegrass groups in the world, rivaling in popularity such titans as Bill Monroe and Flatt & Scruggs.

Web music authority All Music Guide calls Matt Turk "…an artist to be reckoned with."  A seasoned recording artist, multi-instrumentalist, eternal idealist and compassionate peace loving realist, Hastings-on-Hudson, New York based Matt Turk is a veteran performer who has engaged audiences around the world, both as a rocking bandleader and an acoustic folk troubadour.  He has shared the stage with Pete Seeger and opened for Judy Collins, The Doobie Brothers, Fiona Apple, The Grateful Dead's Mickey Hart and more.  He has performed throughout the U.S.A., Europe, Israel and the Caribbean, appearing at festivals and venues including Clearwater's Great Hudson River Revival, the Gathering of the Vibes, Atlanta's Music Midtown, Jazz at Lincoln Center, The Beacon Theatre and Brooklyn Bowl.