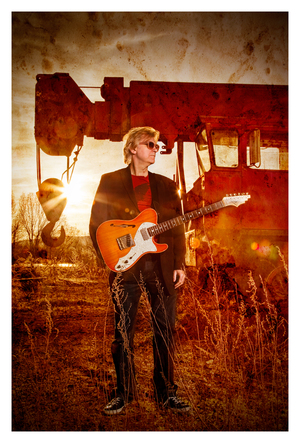 Join us for an evening with three talented artists!

Peter Calo has performed and/or recorded with such diverse artists as Carly Simon, Dionne Warwick, Queen Latifah, Willie Nelson, Hall and Oates, Linda Eder, Sophie B. Hawkins, Andrea Bocelli, Jimmy Webb, Kris Kristofferson, Leonard Bernstein and others. Peter’s guitar playing is featured in the Grammy winning musical and Film “Hairspray, “Across the Universe” and also TV shows “Ray Donovan” and “The Affair” “Z For Zelda” and “One Mississippi.”
KJ Denhert’s 10 albums have earned her seven Independent Music Awards. In 2009 she was named as one of JAZZ.COM’s top female vocalists and in 2012 she became a Grand Prize winner in the John Lennon Songwriting Contest. KJ defines herself as an “urban folk and jazz” artist; however, she often steps outside that box to explore other genres that have also influenced her. The result is a grouping of jazz, pop and rock covers, mixed with her original songs, that paint a bold portrait of KJ as an artist – completely singular, fully realized & mesmerizing.
Woodstock native Simi Stone, born Simantha Mollylou Sernaker, is a violinist, guitarist, singer, songwriter and visual artist. A formidable powerhouse fueled by a raw and edgy vocal style, with enough charisma to burn down the house, Simi has worked, recorded, toured and written with numerous artists such as Natalie Merchant, David Byrne, The New Pornographers and Neko Case. Simi was the front woman and creative force of the Band Suffrajett.