The premier of A Gesture and a Word on February 16th at Jacob Burns. Buy your tickets while they last! 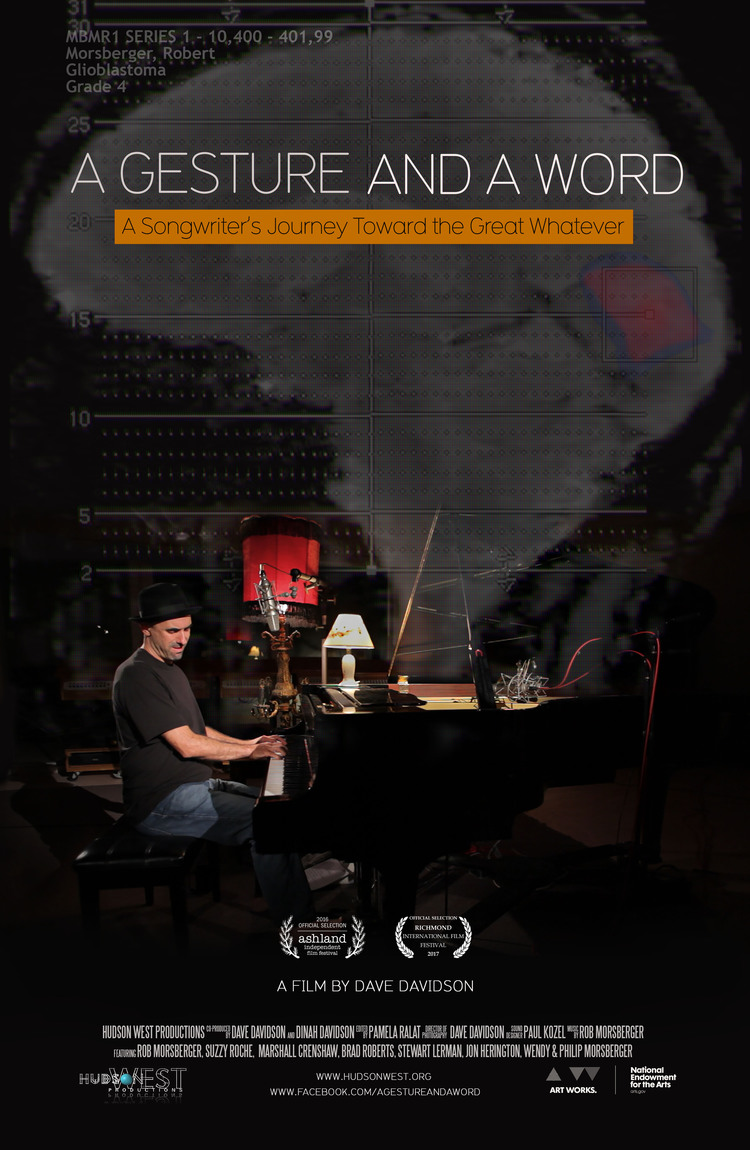 A Gesture and a Word & a Live Performance by Marshall Crenshaw
Filmmaker Dave Davidson’s finished film about Rob Morsberger w/ Q & A plus a musical tribute!
Thursday, Feb. 16 at 7:30

EAST COAST PREMIERE! Join us for a special tribute event for the singer/songwriter Rob Morsberger, a musician’s musician and Croton resident who collaborated with countless artists including Patti Smith and Marshall Crenshaw, and called on his classical training to compose musical scores for “Masterpiece Theatre” and the PBS television series NOVA. He always searched art, literature, and history as a source of inspiration for his songs, but when he drew on the dying words of author Henry James, “So here it is at last. The distinguished thing,” Morsberger had no idea that he would soon be diagnosed with terminal brain cancer. Filmmaker Dave Davidson was already collaborating with Morsberger on several projects, so they agreed to “just keep filming” after his diagnosis.

Davidson’s riveting, nuanced portrait features appearances by friends and collaborators including Brad Roberts, lead singer of Crash Test Dummies, Suzzy Roche of the Roche Sisters, Stewart Lerman, musical director for Boardwalk Empire, Jon Herington, guitarist for Steely Dan, singer/songwriters Marshall Crenshaw and Willie Nile, studio and concert footage, as well as Morsberger’s own observations as he prepares himself for what he calls “the great whatever.” Davidson’s film is not a meditation on dying as much as a celebration of the creative spirit and one individual’s dedication to making every moment as joyful and productive as possible even as his physical powers diminish.

Marshall Crenshaw is a celebrated singer-songwriter-guitarist-producer, whose self-titled 1982 debut album included iconic hits like “Something’s Gonna Happen’ and ‘Cynical Girl”. His recording career has spanned three decades, 13 albums and hundreds of songs, and his compositions have been covered by a broad array of performers, including Bette Midler, Kelly Willis, Robert Gordon, Ronnie Spector, and Marti Jones and the Gin Blossoms. He has been nominated for a Grammy and Golden Globe Award for his film and television work, and since 2011 Crenshaw has hosted his weekly show The Bottomless Pit at WFUV.org 90.7 FM Public Radio.

Dave Davidson is an independent documentary filmmaker and media educator whose work focuses on the arts, culture and social issues. His work has been featured at the JBFC, including A Place Out of Time: The Bordentown School, HANS RICHTER: Everything Turns – Everything Revolves and most recently Vince Giordano: There’s a Future in the Past.